#4 Chelsea Little - Getting a PhD in Switzerland

[update] Dr. Chelsea Little defended her PhD recently!! Congrats Dr. Little!! If you want to stream her defense talk, check it out here

In this conversation I chat with Chelsea about the differences between PhD programs in the US and Europe. Chelsea is a PhD candidate in the Altermatt lab at the University of Zurich. Also, Chelsea was kind enough to survey a group of colleagues (N = 18) about their experiences in graduate school in Europe. See below for all the details. This is a treasure trove of cool information, so read on!

Survey of grad students in Europe

In the tuition chart, the left-most column represents places where they pay no tuition (7 people), and the next one is all between 200-400 Euros worth of tuition per semester. In some places, like Switzerland, salary increases from the first to second to third year of your PhD (if you do more than three years, it stays stable at the three-year level) so it’s not necessarily straightforward to predict, but this should give a suitable range. I also asked whether people are paid salaries (with benefits) or stipends (without), but it’s actually hard to answer that question and means something different here: about 75% of people said they got some sort of retirement contribution (which in most cases I think you can withdraw and take with you when you move out of the country, but maybe not all cases), but things like health insurance are very different based also on the countries’ different health care systems and level of socialization… 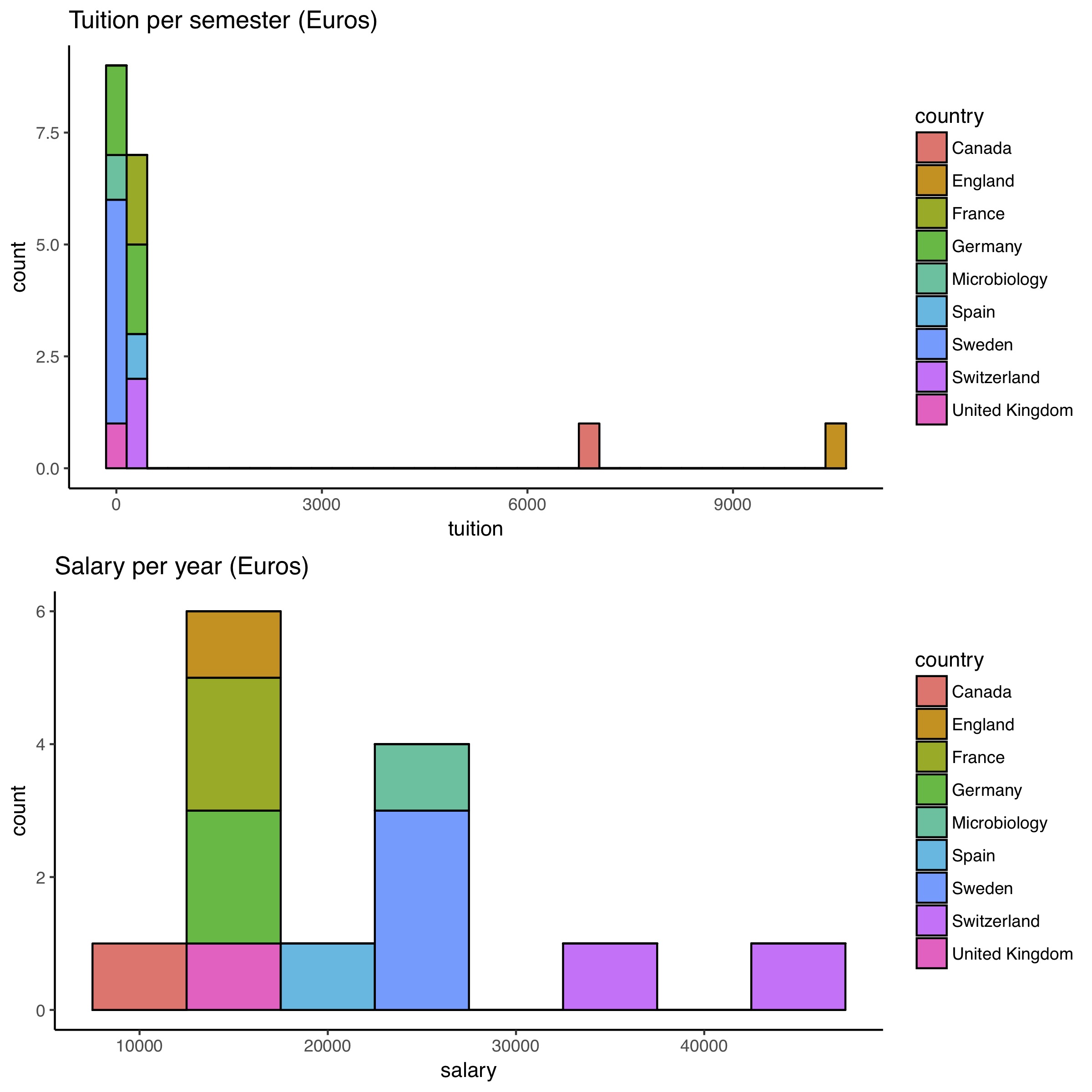 Of the people who responded, all said that their salary/stipend was covered by their PI, their institution, or both. Nobody had to seek their own funding separate from being admitted to their PhD program. I hesitate to say this is the rule, however - this is a pretty small sample size, and it’s alums of a fairly prestigious masters program. It’s also definitely not representing all countries in Europe, just a handful! There are for sure other ways to fund. In terms of research funding, everyone had at least basic funding from their PI/lab, but some people also applied for top-up money to do specific projects, or side projects, or fieldwork, or things like that. 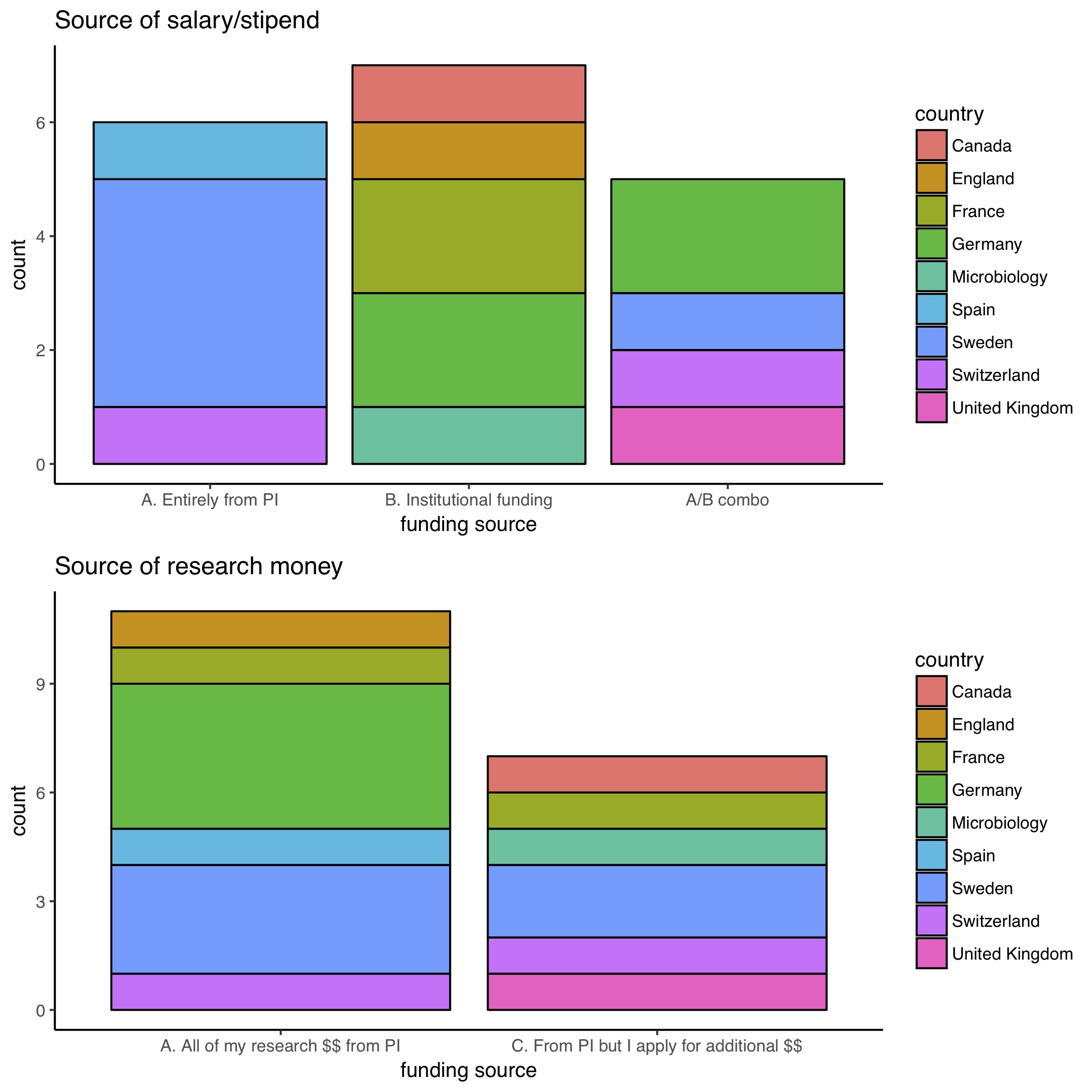 This was also a bit hard to estimate because for almost everyone, teaching load changes from year to year. But this is a best guess. What kind of teaching can we do? 13 people said they can supervise bachelors/masters students; 11 said they teach lab/field sections; only 2 said they give classroom lectures. 3 people said they do not teach at all. One said they primarily graded exams and assignments. There is definitely a dearth of opportunities to develop classroom teaching skills. 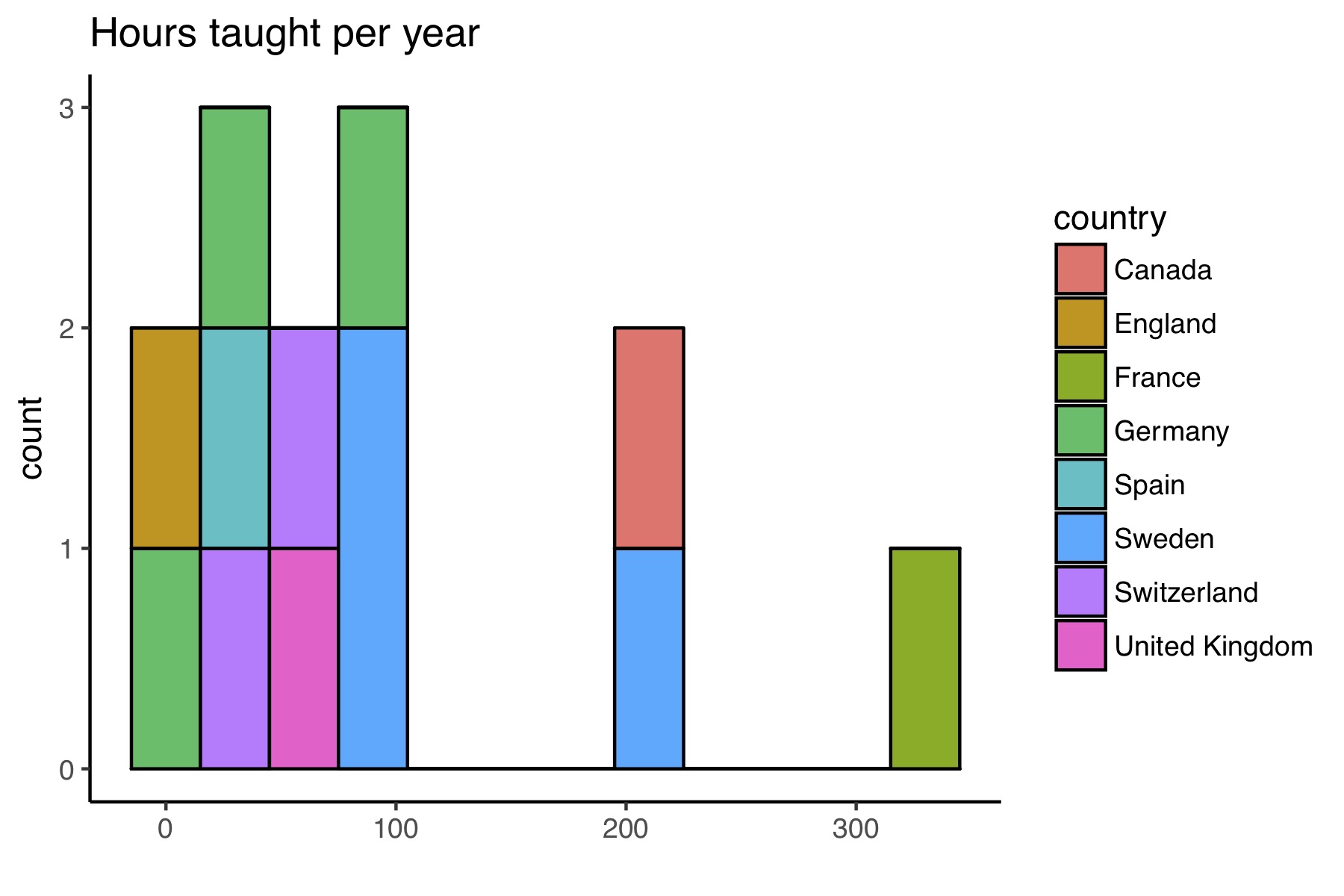 Teachingis a combination of paid and unpaid (i.e. a requirement to graduate), and this seems to be able to vary even within a country’s academic system.

Almost everyone reported that PhD’s typically last 3-4 years, with a small subset of PhD’s lasting 5 years (and that’s never said up front, it’s only possible through getting extensions - many places you have to get an extension to even work 4 years, and in some 3 is a hard limit). 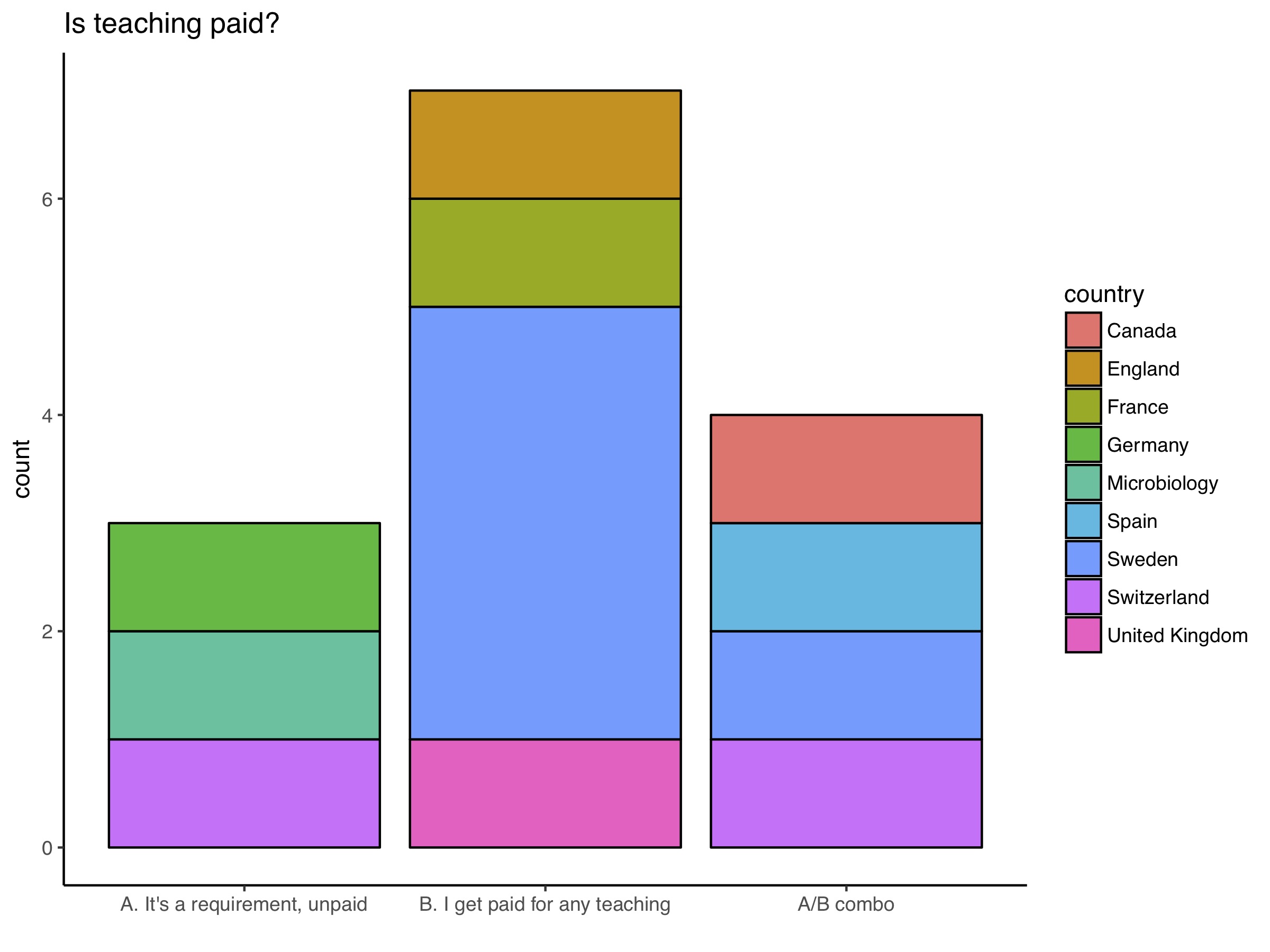 Finding opportunities in the US

But as in the US, it’s also great to simply try to contact people whose work you have read and admire, approach people at seminars and conferences (Europeans go to conferences in the US often too!), follow people on Twitter, etc. Ask senior people in your department if they have any co-authors or collaborators in Europe doing interesting things, and if you can get an introduction. If there is a country you want to go to, look at the department pages for a couple of universities there to see who is working there and what are the research topics. Departments will also often post positions on their websites, and on their Twitter pages if they have them. Finally, don’t forget about federal research institutes and synthesis centers, it’s not all just universities! To work in places like that you will need to be enrolled in a doctoral program at an actual university, but if the PI is based at a research institute it may be advertised through there, not the university (and there may be a co-supervisor at the university that’s mostly for administrative reasons).